Ernest Hemingway and his third wife Martha Gellhorn will be on my mind for weeks to come. Over the weekend I finished reading Love & Ruin by Paula McLain and I haven’t been able to stop thinking about the extraordinary characters and events she has brought to life in this latest novel. I’ve spent the past couple of weeks obsessively googling Hemingway, Gellhorn, and WWII.

While Hemingway’s exploits and literary fame are legendary, I knew very little about Martha Gellhorn before starting this book. Martha was an American author and one of the first female war correspondents covering everything from the Spanish Civil War, the Normandy Landings in WWII, the Vietnam War, and the US Invasion of Panama in 1989. She lived for her work and it was the driving force in her life. A chance meeting in Key West at Hemingway’s favorite haunt in late 1936 brings Ernest and Martha together for the first time. From there they reunite in Spain to cover the horrors of the Spanish Civil War and ultimately fall in love even though Ernest is still married to his second wife.
While their passion for the Spanish War and a shared love of writing initially brings them together, it later threatens to tear them apart. Gellhorn’s ambition and independence put her at odds with Ernest Hemingway’s need to have a devoted housewife. As World War II rages on, Martha is forced to choose between her career and her husband.

I had a really hard time putting this book down and read it any time that I had a free moment. I really enjoyed the Paris Wife and was thrilled that Paula McLain decided to continue Ernest Hemingway’s story via his third wife. Martha Gellhorn is such an interesting character. I loved learning about her. She was incredibly brave and dynamic. It was hard to turn the last page! I wanted more of their adventures. 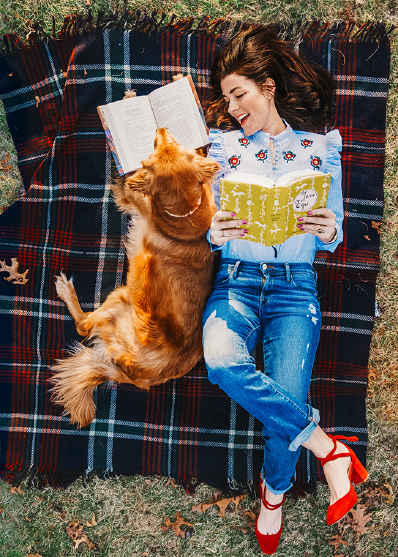 There's no feeling like leaf peeping in a big, cozy sweater on a brisk New England Fall day. Load up the family wagon, stop for some apple cider donuts, and have yourself an Autumn adventure to remember.